We would like to share the story of Sylvia. She was spared a ride to the kill pen when we outbid a kill buyer on her at auction.

Sylvia in her 20s, she has a terrible infection in her left eye, and she’s extremely thin.

We pray we are not too late to see her blossom into a healthy horse.

We were able to keep 12 precious lives out of kill pens tonight! Our auction total is $3480. That equals $290 per life. Pictured are just a few of them.

Donations can be made via the following: 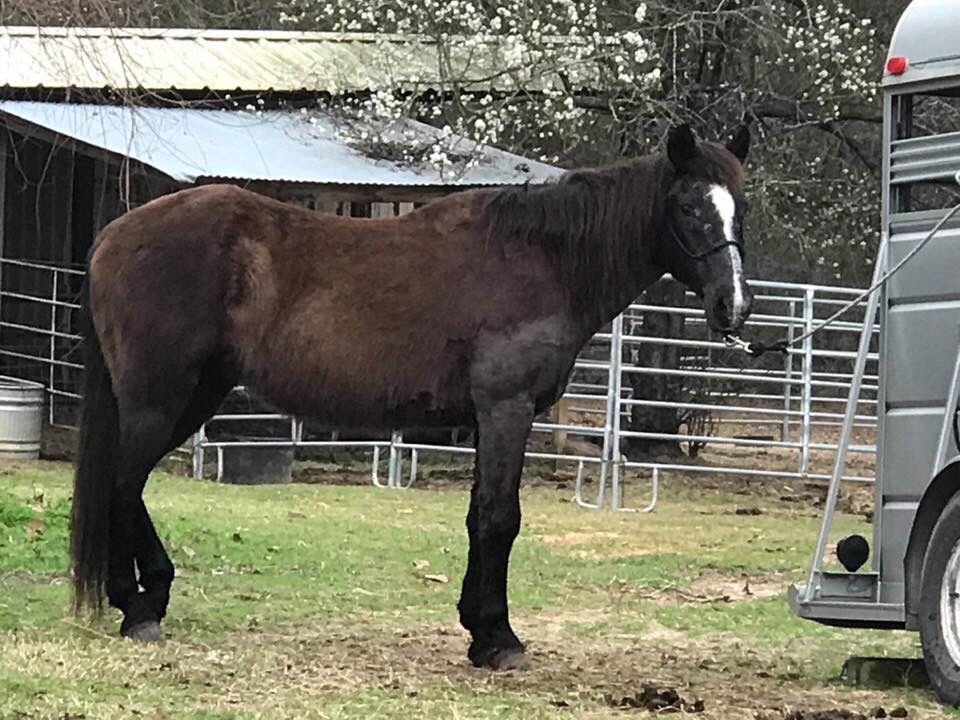 While I’m waiting for transport and everyone at SFSER is enjoying their dinner, I would like to touch on a topic. Which is donkeys and what some call “problem rescues”. I use quotes because I do not really see them as a problem, but others might, and that’s ok.

Our little Elkhart donkey arrives today. We purchased him for $50. In all honesty, he is the perfect kill buyer candidate. He’s young, healthy, and, well, he has a bit of an attitude problem. Our new donkey friend kicks, quite frequently, and with double barrel impact. Some might refer to this behavior as mean or aggressive. My eyes see a scared 2 year old living being who has probably experienced very little, if any, kindness in his young life. I see glue patches where other auctions tags once were. I see sadness and a tremendous misunderstanding.

What many people fail to realize is that donkeys are actually very little like horses. Donkeys require an establishment of trust. It is earned and not freely given. Once earned, a donkey will be the most loyal friend and guardian of their pastures. They experience and take in changes to their environment differently than horses do. They are sensitive creatures and, at times, almost dog like.

I was asked today, “why would you take on a problem like that?”. He’s not a problem. He’s been failed. It truly is that simple. What kind of rescue would this be if we only took those who had physical damage? Emotional scars are just as bad as physically ones. In my opinion, he has learned that kicking keeps the enemy (humans) away. This is a behavior that now must be reprogrammed and humans introduced in a positive manner.

Our beloved Josie, whom everyone falls madly in love with, once ran circles around me in the pasture with her ears up in alarm. I couldn’t touch her, she kicked me so many times I lost count, and she was not very pleasant to be around.

Our other donkey, Alfred, kicked everything in the trailer upon arrival. He sent buckets flying every which way and we just had to back the trailer up to the pasture, open the door, and let him go.

Alfred and Josie now borderline nuisance as they are so affectionate. No magic was done to change them, they were simply offered kindness and patience. Let’s not label any creature as mean, or wild, or aggressive, or call them problems because they had a crappy start to life.

Every animal deserves a chance. 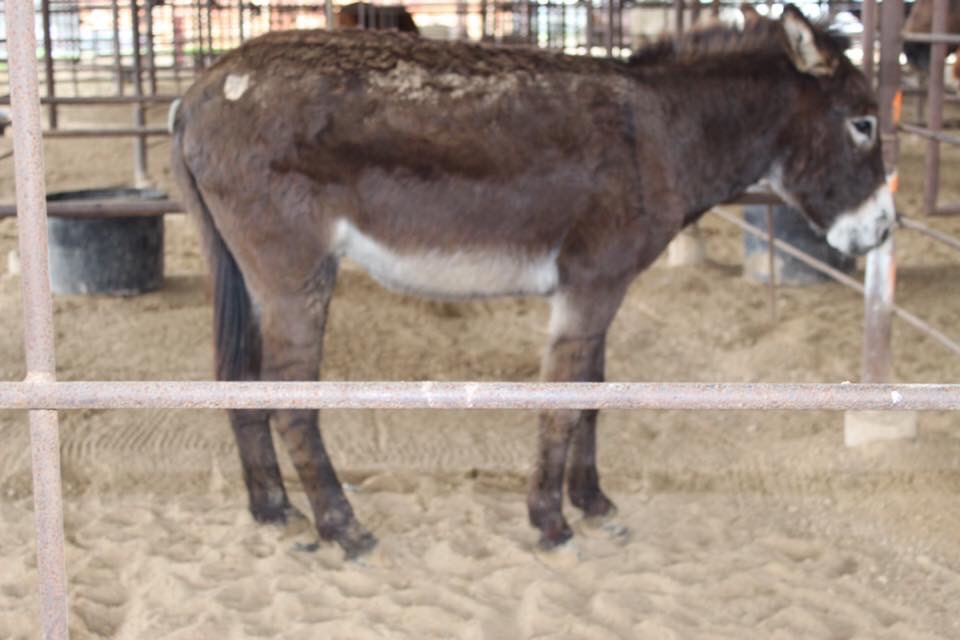 We have been so incredibly blessed with wonderful homes lately! Today, Bridget and Stewie left for their forever homes. What a wonderful life they will have! 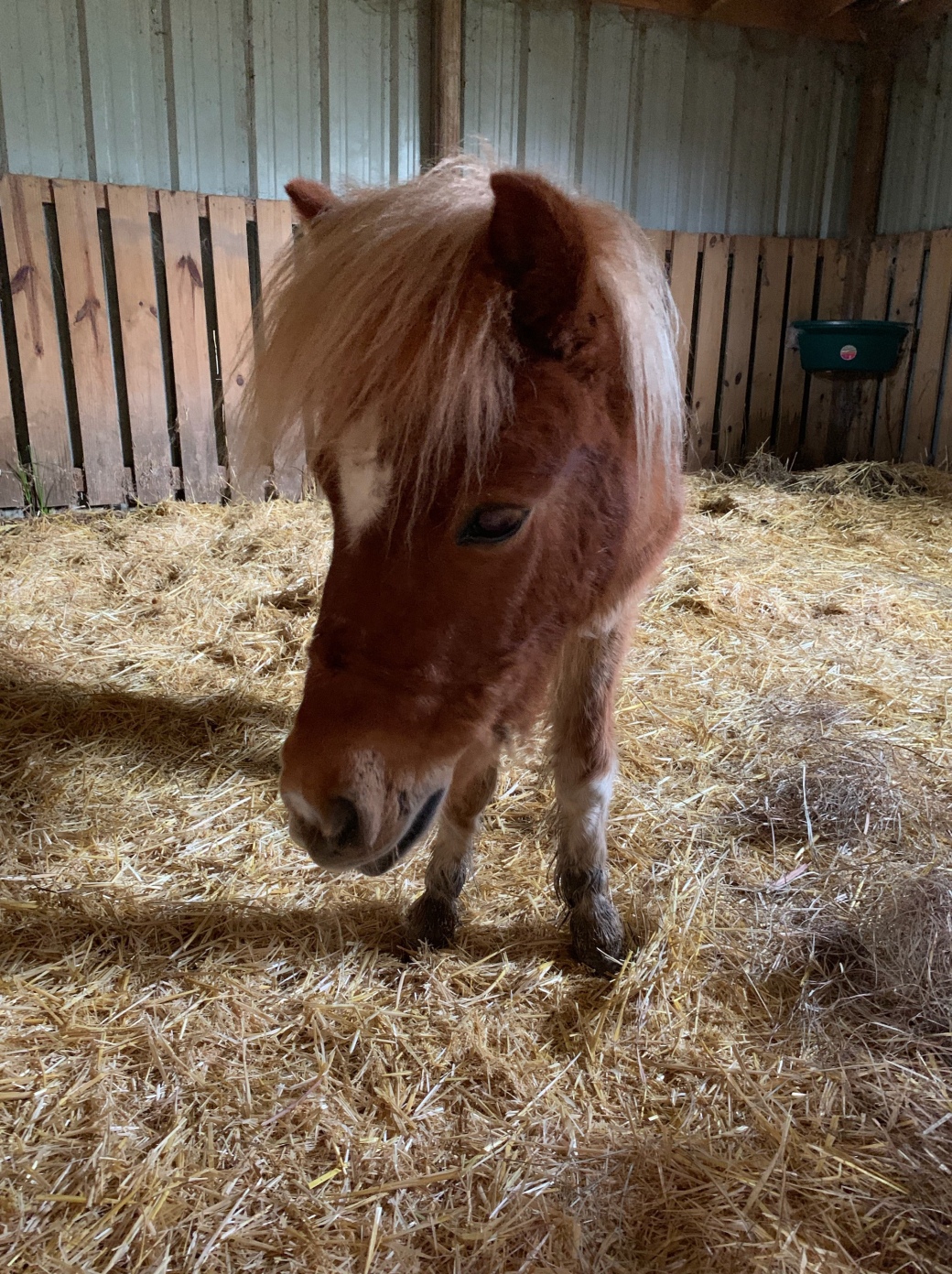 We would like to express our deepest thanks to Michael with Fidelis Freight for their donation of 38 round bales to our rescue! We we able to get the 18-wheeler unloaded with the help of a family friend and the hay is now stored in his barn for safe keeping. He will regularly deliver bales as the babies need them.

This is such a blessing to us and your kindness will never be forgotten. Thank you, thank you!